Various news reports last week put the current rate of inflation at between 2.7% and 7%, depending on the criteria and timescales used. At the same time, interest rates rose to 1%, their highest level for some time. We are accustomed now to the idea that we are in a cost-of-living crisis, but just how bad is it?

I would suggest, a lot worse than many people realise. The energy costs and fuel price rises have been well documented, and are way above the quoted rate of inflation. Surprisingly, when you think back to the fuel crisis of 2000, most people seem to have absorbed these without too much complaint. The Government has managed to divert attention from their misguided policies by apportioning blame to external factors.

A favourite scapegoat is Covid-19, but the virus itself was not to blame. It was the untold billions wasted on pointless measures in response that did the damage.

If that won’t wash as an excuse anymore, then the convenient crisis in Ukraine makes a good substitute. It is conveniently swept under the carpet that prices were spiralling long before the conflict began. As for the opposition, they can always fall back on that old standby, Brexit. Has there been anything that’s gone wrong in the last six years that opponents haven’t tried to blame on Brexit?

I think that covers them all, no wait, there’s one more. How could I have forgotten about climate change? It seems that practically any amount of hardship can be justified in the glorious pursuit of net zero!

Leaving energy aside, I am becoming increasingly concerned with the huge hike in food prices, the true extent of which is being disguised by any means possible. Most of us will be familiar with the concept of shrinkflation, having at some point enjoyed a light-hearted conversation along the lines of “Wagon Wheels aren’t as big as they were when I was a lad.” It is not so amusing now people cannot afford even basic foodstuffs.

The truth is, that retailers and manufacturers have developed all sorts of ways of sustaining the illusion that prices are not rising. Desperate to keep the price of a product the same, they will reduce the content in several different ways. If it is not a straight cutting of the weight, it will be the reduction of the number of items in a pack, or a combination of both. Some may think they are buying the same product when they pick up their six-pack of crisps.  But at some point, they may notice it has changed to a five-pack, and that each bag is now 20g instead of 25g.

Another trick is to remove a long-standing offer. For example, several retailers used to offer own-brand fruit juices at £1.20, but with a permanent offer of two for £2. This effectively made the base price £1. Now those offers have disappeared, forcing customers to pay the full amount no matter how many they buy. That’s a hidden 20% increase right there.

For many years I worked for the largest market research company in the world. One of my duties was to collate and publish the weekly “shopping basket” of goods to allow price comparisons between retailers and to track changes over time. The methodology used to create this was not complex and I have no reason to believe it has become any more sophisticated in the intervening years. It simply would not pick up many of the scenarios I have described above.

The retailers are desperate to keep you believing that they aren’t increasing prices. They will fight tooth and nail to keep the price on a few key items down, even if they end up running them as loss leaders. These will be the ones they use in their ads when claiming they are cheaper than a competitor, but anyone can cherry-pick a favourable basket of goods to make that comparison.

Away from those battleground items, some prices have increased dramatically. The own-brand coffee I buy has gone from £1.39 to £2.39 in under a year, at periodic twenty pence increments. It is a similar story with the branded jars of beetroot I buy. These have risen from £1 to £1.40, then £1.70, and unbelievably, last week, £1.90. Does that sound like 7% inflation to you?

Although I no longer work in the market research or retail sector, I keep a keen eye on developments. I estimate that the true annual rate of food inflation at present is somewhere between 15% and 20%. Of course, it is in the interests of the powers that be to play this down, because otherwise, the clamour for pay rises, pensions and benefit increases will kick off. This could fuel an inflationary crisis to dwarf anything we saw in the 1970s.

To combat this, we get various industry figures and government ministers coming out with suggestions that we need to shop around and look for bargains to make our money go further. They are stating, to quote the great Basil Fawlty, “the bleeding obvious.”

Do they not realise that most people struggling to make the ends are doing all of that already? I am guessing not, as it is difficult to imagine that the likes of Boris Johnson or Rishi Sunak have ever had to rummage around in the bakery at the end of the day for a reduced loaf of bread.

I believe we are in serious trouble. If the intention of the policies of the last two years was to completely trash the economy, in advance of a cashless social credit system, then they’ve certainly gone the right way about it. Most won’t see it coming until it is too late. Those who were basking in the sunshine on furlough and are now adopting an “I’m alright, Jack,” attitude because they fixed their energy bills until March 2023, are in for a rude awakening.

Popular posts from this blog

It's coming home - but I don't want to watch it at home! 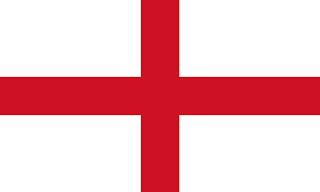 For those of you that hate football look away now. I haven't posted excessively about it. so you're just going to have to forgive me this one post when it pops up on Facebook. It's only fair, after all. I mean, the World Cup is only once every four years, and England doing well at it is only about once every quarter century. Compare that to the endless shite that has dribbled down my news feed year after year about The X-Factor, Love Island and Strictly Come Wanking or whatever it's called, and I think you can cut me some slack this one time. Actually none of that stuff does come down my news feed anymore as I automatically unfollow anyone who mentions it. So if I haven't liked or commented on any of your statuses since about 2013, that's probably why. Sorry about that. Now I find myself in a bit of a quandary. Thus far, I have watched the England games mostly in the comfort of my own home and with my family, but now things are getting serious, the stakes
Read more

Next Wednesday will be a landmark moment in my life. For it marks the day, some 26 years after my arrival in Bicester, that I make my departure. Looking at it another way, that's precisely 9,595 days. I found a website to calculate that for me in case you think I was sitting there like some saddo with a spreadsheet or calculator working out. Which I probably would have been if it hadn't been for the website. 9,595 days sounds huge and it certainly has been a long time. I was 21 then, I'm 47 now. Frank Sinatra sang that when he was 21 it was a very good year. For me it certainly was, as 47 is shaping up to be. The years between have varied in quality but there can be no denying there have been a lot of them. Suddenly I appear to be nudging middle-age. Here's what Bicester looked like when I arrived...has it really been that long? We've established, then, that I've given Bicester the best years of my life. So what has Bicester given me? It has given m
Read more

August 24, 2019
What an awesome night out I had in Bicester last Sunday - significantly better than many of the ones I had when I was actually living there. I think this is one benefit of moving around - you make new friends wherever you go but the ones you made where you were before welcome you back with open arms when you return. The pessimist in me might suggest that people were only so pleased to see me because having been absent for almost two years they might have forgotten what a pain in the arse I am! The optimist in me hopes that's not the case and I am not actually one of those people who gets gets described as "alright in small doses" behind their back. I'm sure there is an element of absence making the heart grow fonder but that's not necessarily a bad thing. I had chosen this particular Sunday to revisit my old stamping ground after receiving an invitation to a Christening. My friends, Anne and Mark, had recently had a new baby, something that in itself had been
Read more