You may have heard of guest posts on blogs, well I'm delighted to be able to join you this evening. Unfortunately Jason is currently indisposed after a stressful few days. Having departed Facebook after finally admitting defeat in the thankless task that was attempting to administer the Bicester Town Centre Chat page, he was last seen seeking solace in the Wimpy nursing a mixed grill. I understand that an incident involving a pantomime dame that left him covered in lipstick didn't help either.

In the meantime, it's up to me to fill in the gap. Those of you with long memories will remember me from the halcyon days of the "Campaign To Bring Back Old Flavours Of Crisps". I too disappeared from the social scene for a while in the noughties due to a nervous breakdown brought on by Walkers decision to discontinue Beef & Onion flavour, (not to mention an amorous misadventure in Steeple Claydon) but that's all in the past now. I am well and truly back, your very own Captain Jack lookalike (and I'm not gay by the way, just to clear that up now after a number of past misunderstandings).

I'm not entirely sure what Jason wanted me to write about when he asked me to look after his blog. I expected he probably wanted me to plug his books or something, but I can't be bothered with any of that. Not when there are exciting developments in the world of crisps to tell you about.

It's the end of 2014, and it is time to resurrect Gerald Mincen's annual "Crisp and Snack product of the year" award. Not since the legendary "Battle of the bands" between Flame Grilled Steak McCoys and Roast Beef and Mustard Brannigans back in 1995 has there been so much excitement over this annual award.

And the winner this year, from nowhere, a completely unfancied outsider at 33/1 with Ladbrokes this morning, it's Snackrite Meaty Multipack from Aldi!

Why has it won? Well for a start, you get 30 packs for £2.85. That's less than 10p a pack! We are talking 1978 from the off sales at the Queens Head prices here! So they must be cheap and nasty, right? No, they are gorgeous and full of flavour, just like the big brands used to be before they took all the salt and saturated fat out of them. Imagine sultry, sexy smoky bacon, coated in flavouring, wow, it's here - plus Roast Chicken, Steak and Onion, Cheese & Onion and Ready Salted. A crisp connoisseur's dream, at a very affordable price for the family on a budget. That's my Christmas dinner sorted.

Season's greetings to you all.
Gerald.
Posted by Jason at 00:49 No comments:

I can't believe it's barely 18 months since I published my first book on Amazon.

I also can't believe how naive I was back then. In fact I almost cringe at the mistakes I made at rushing out that initial draft.

I thought at the time that it was OK to paste together a set of blog entries and various other bits and pieces of writing I had knocking about, shove any old cover on it, don't bother proof-reading it and call it a book. Then try and market and sell it to family and friends without even thinking about the bigger picture.

That the book sold at all was a minor miracle, but in fact it was relatively successful. However, the book's shortcomings were soon picked up on. I went back, cleaned it up, put a new cover on it, edited it into some sort of sensible format and put it back out there.

That first book, Fortysomething Father has attracted more reviews than any other (well it has been out the longest), and is also the only one that has 1* and 2* reviews. Some of these are justified, others are unduly harsh, but as writers we must take it on the chin.

Fortunately I learned from my mistakes, and each subsequent book has benefited from my increasing experience. Here's a couple of things that I now swear by:

1) Judge a book by its cover. It never ceases to amaze me how many people spend months or even years toiling away producing their own personal masterpieces, and then just stick any old cover on it that they've knocked up themselves using the cover creator on Amazon. Talk about lamb dressed as mutton! There are literally millions of books on Amazon now, and in order for people even to click on a book, it's got to have a cover that stands out.

I was very disappointed with the initial sales for my latest novel, Global Cooling. I came to the conclusion that it was the cover that was the problem. It wasn't a bad cover, just a little bleak and uninspiring. I went back to the designer of my Time Bubble cover and asked her to produce me a new one. Result, a stunning new cover, and sales took off almost immediately it went on.

The only book of mine I am still unhappy with the cover of is The Sausage Man. I did get a new cover designed for that which I thought was good, but sales stopped, so I've gone back to the old one. At some point, I may have to revisit it.

2) Don't waste time endlessly tweeting and posting book links on Facebook. People don't want to see it. You are either preaching to the converted (people who've already bought it), other authors who are busy trying to sell their own books, or annoying your friends who are fed up to the back teeth of seeing your book links clogging up their news feed. Remember, we are selling to the entire world of Amazon customers - potentially billions of people. Flogging your wares around a relatively small group of friends and family is never going to get you famous.

I ask myself, how much of the general detritus that comes down my Twitter and Facebook feeds do I actually read? Hardly any. It's just a nuisance.

Far better to join in with a community of other writers on Facebook, Goodreads or the Amazon KDP boards. Work together as a team to promote your works, share ideas, help each other. You learn an awful lot that way too, which helps avoid making all those newbie errors that I did. The best and only place to market your books is on Amazon itself and what you really want is for them to do that marketing for you.

Next time I plan to talk about how to get the best out of Amazon's Kindle Countdown Deals.

So, now that Global Cooling is launched, what about the final part of the trilogy?

You'll have noticed a fair few teasers and loose ends in the first two books that haven't been tied up yet, as well as a few plot lines that were not expanded on to any great extent.

So what is going to happen in the third book? I'm at the outlining stage now, with a plan to start writing in January for an Easter release. I am planning to call it "Bubble Wrap".

Josh has discovered the secret of how to create his own Time Bubbles and manipulate them, dangerous information if falling into the wrong hands.

As Josh joins Peter on his quest to explore the far future, Daniel Fisher is trapped in a mental institution, insisting to his counsellors that he's travelled from twenty years in the past. He's determined to escape and find a way to put right the wrongs of the past.

But if he does succeed in changing history, will anybody even notice?

That's very much a rough outline. It may not turn out exactly like that. but I'd very much like to explore some of those future worlds we saw in the epilogue of The Time Bubble. I also want to follow quite closely what happens to Dan after he emerges from the Time Bubble.

There is also the twenty year period whilst Dan was trapped in the Bubble to cover. Some of the events of that period have already been mentioned in the earlier epilogues such as what happened to Hannah and Peter, and Josh's experiments with the Time Bubbles leading to his trips back that took place in Global Cooling.

At the end, I aim to have a neat trilogy of books, all linked together via the various plot strands.

If you're currently reading Global Cooling, I'd love to hear from you. It's only been out a couple of weeks so I haven't had a lot of feedback yet. What I have had has been good, though. I'm not using my regular Facebook account at the moment but you can find me at my author page here: https://www.facebook.com/TheTimeBubble?ref=bookmarks or on Twitter @AusterityDad.

Since I put the new cover on Global Cooling, sales have started to take off. Here's a picture of the new cover, next to The Time Bubble. I think they look pretty smart together. Both were designed by Daniela at http://www.selfpubbookcovers.com/ who has done a fantastic job. I will be definitely getting in touch with her again when I need the cover for Bubble Wrap. 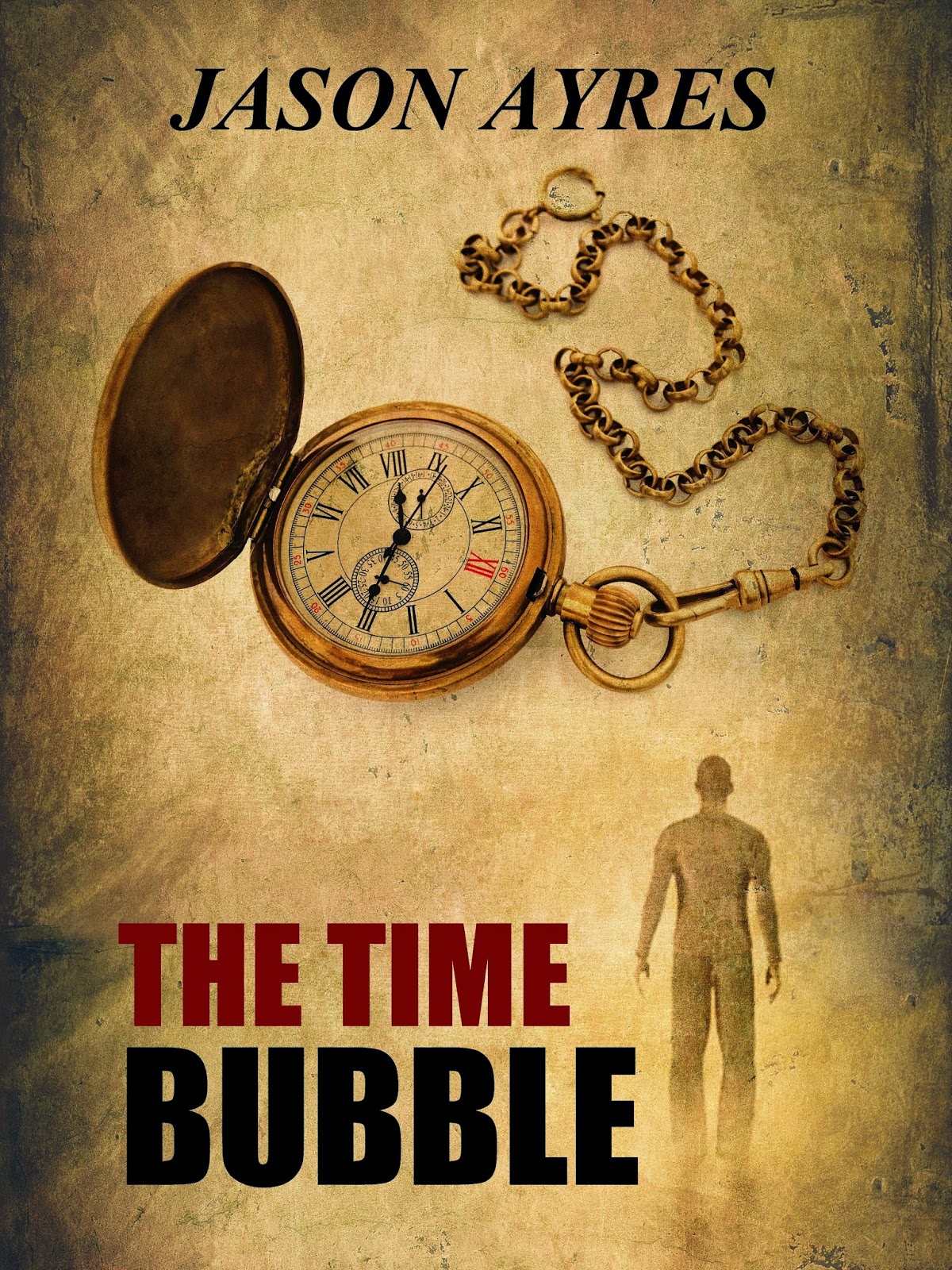 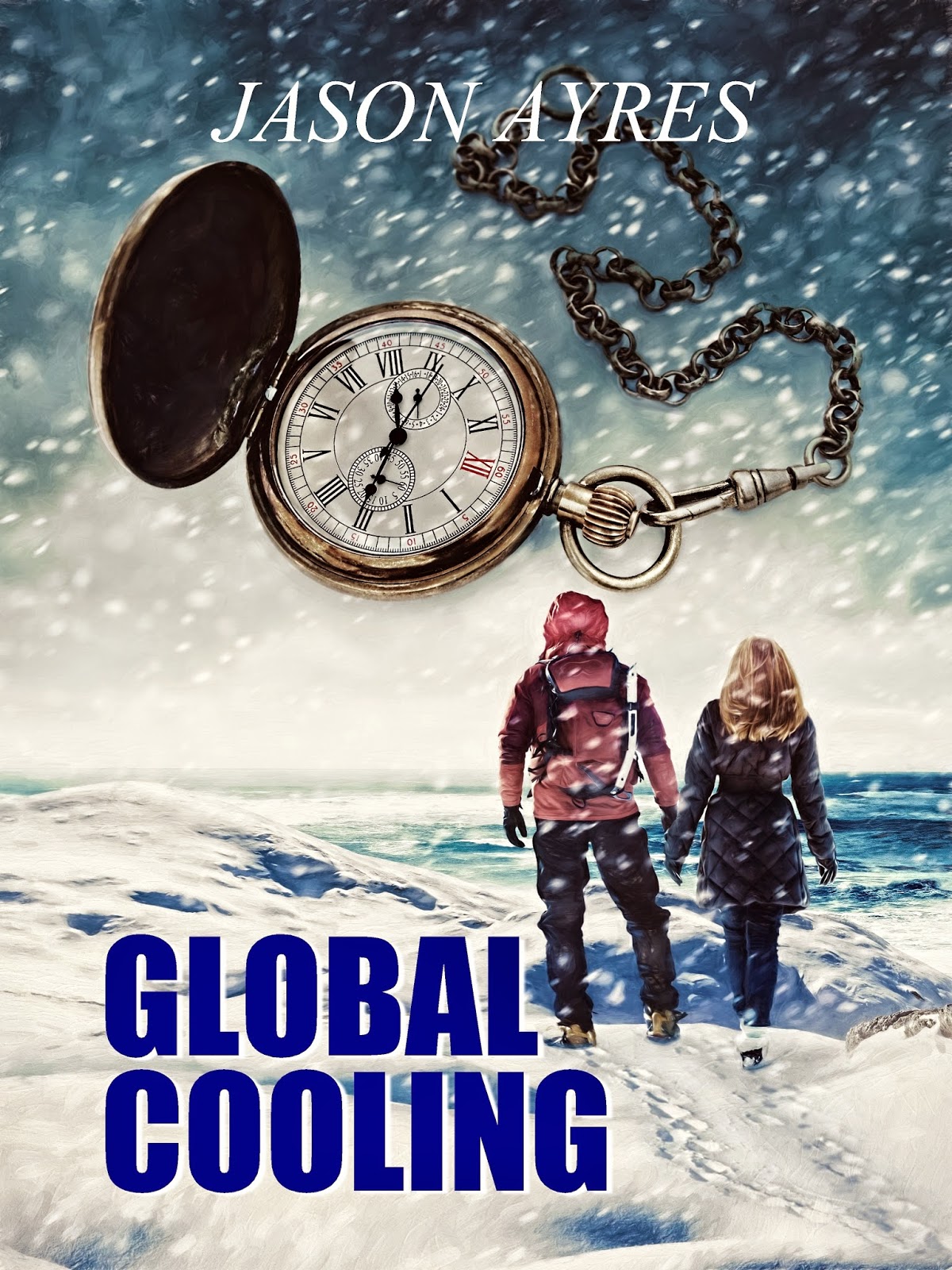 Global Cooling is going on a major promotion over the next week, starting Monday 8th December. You will be able to pick up a copy via a Kindle Countdown Deal at just 99c in the US, or 99p in the UK. They will return to their regular prices of $2.99 and £1.99 next Monday, so grab yourself a bargain while you can.

Here are the links: