The importance of branding

Every store you shop in, every product you buy is a brand. The biggest brands are recognisable the world over, from the red and white of Coca Cola to the golden arches of McDonald's.

Any professional business needs clear and consistent branding, and books are no different. When I started writing my Time Bubble books in 2014, I had no inkling that seven years later I would have eleven of them on the market. When I started, I had no great marketing plan - I was learning on the job. I realised early on that I needed my covers to match, so I had the hourglass on the first few, but over time, I deviated away from that.

There was nothing wrong with my old covers - they served their purpose, but I realised over the past year that I needed to upgrade them. Some of them were looking a little tired, and dare I say, even a little gloomy, so I got together with my cover artist and we came up with a plan to relaunch the range with a bright, shiny new selection of colours.

My idea was straightforward - a set of eye-catching covers that would all match. The same fonts in the same places on every book - the only variation being in the colours and images. I also believe that simplicity is key. Many book covers are far too complicated. I think some authors feel they need to tell the whole story on the cover. I wanted to go for just one simple image on each that would tie into the book's theme.

The results are the eleven brand new covers I am going to unveil today. Here they are in turn, with a little explanation below each about why I chose each image. 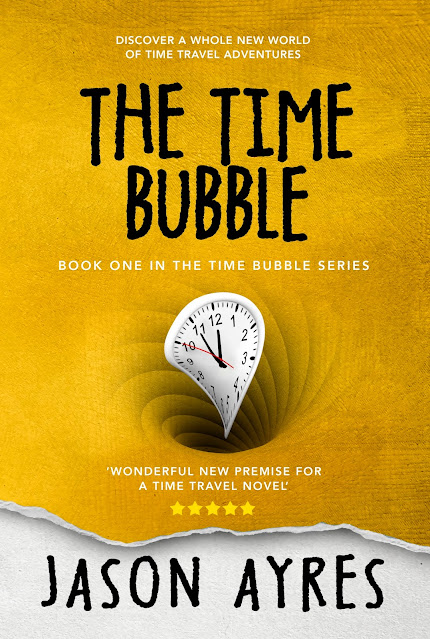 The first book in the series is the one with the most generic image. This was deliberate because this one needs to tell people not only what this book is about, but also what the whole series is about. So it's a simple clock face being sucked into a time vortex. Note the other elements on the cover. I've gone with a teaser line at the top, a bold title and author name, and a brief snippet from a five star review with the stars on the cover to emphasise this. 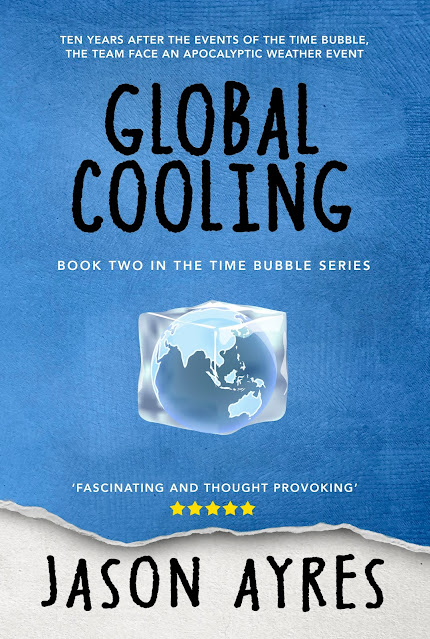 For the second book we went with a cold, blue background to reflect the title and the theme. For the image we came up with this rather clever Earth frozen inside an ice cube sketch, which sums up nicely in one image what the book is about. 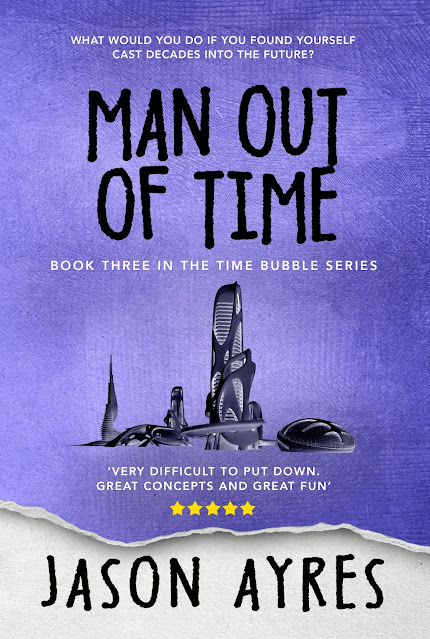 Man Out of Time is set predominantly in the future, including some scenes set in the early twenty-second century. When visiting that time, Josh marvels at the futuristic buildings of his home town and I believe this image sums that scene up nicely. 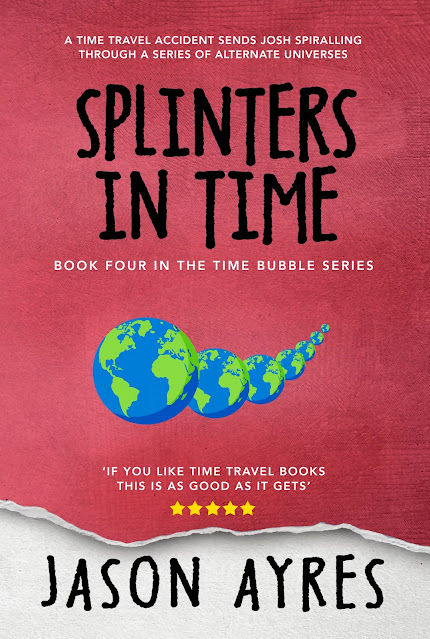 The main focus of this book is Josh's nightmarish journey through a succession of alternate universes. This image of multiple Earths, tailing off into the distance captures that theme brilliantly. 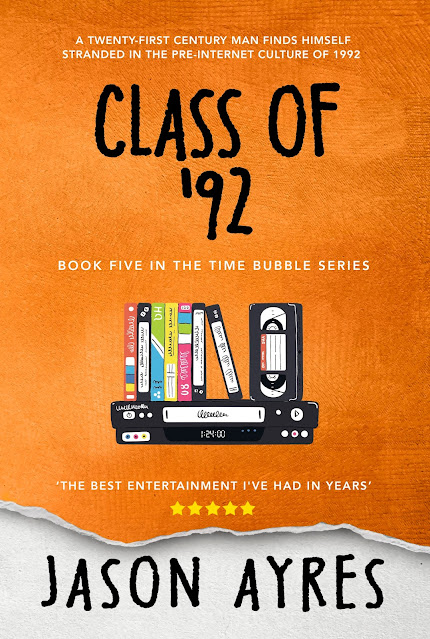 This book is the first in the range set predominantly in the past, most of it in 1992 as the title suggests. I wanted to go with a nostalgic theme to reflect the times. I was inspired by a scene in the book where Peter is bemoaning his problems with the local video shop - such as being charged 50p for not rewinding the tape! 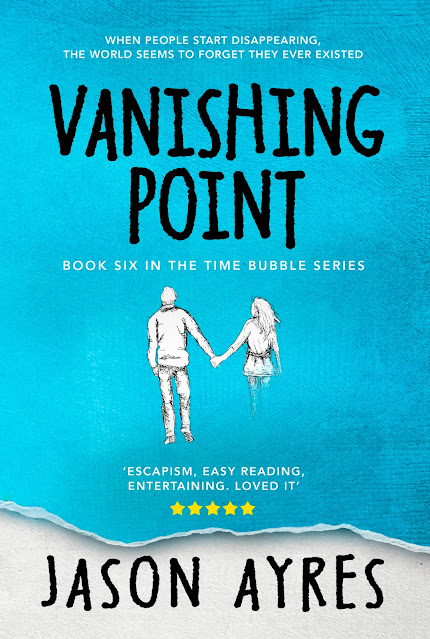 I love the effect on this cover. It refers directly to a scene in the book where one of the main characters disappears. She literally fades out of existence, leaving the man depicted holding only fresh air in his hand. 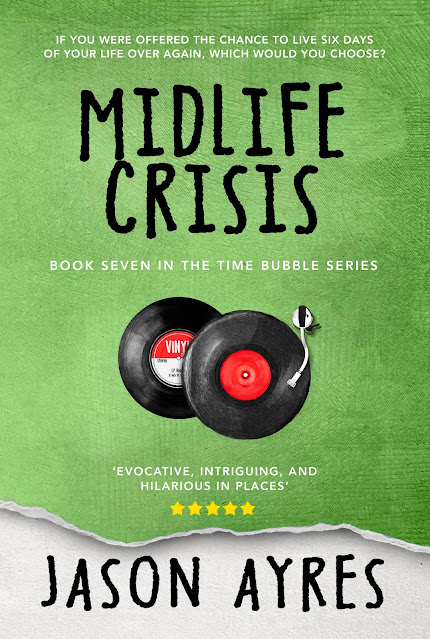 This book is another nostalgia fest. In an early chapter the main character, Richard Kent, finds himself in 1984 on the day he bought his first record from Woolworth's. 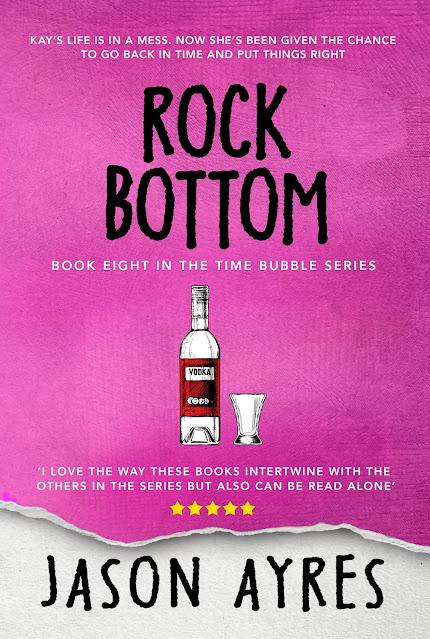 It's established right from the start of this book that luckless Kay, is negotiating the pitfalls of her life with the help of copious amounts of vodka. For a book which is largely set in the pub, this seemed an appropriate image. 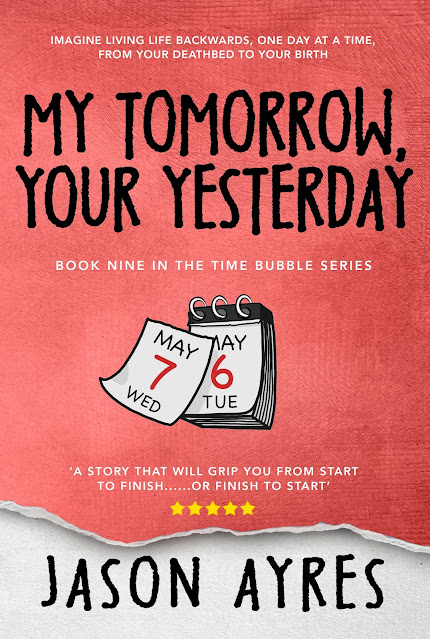 This is possibly my favourite of the lot. We used a backwards calendar on the old version of this book, but it wasn't particularly clear. This image, where Tuesday follows Wednesday capture the theme of the book beautifully. 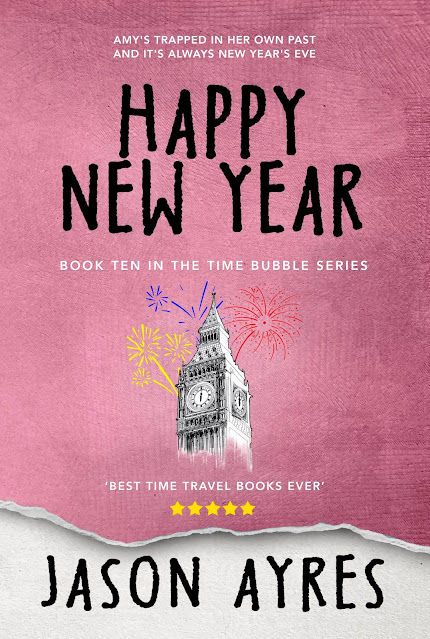 There's only one obvious image to use for a book set around New Year in the UK, and that's Big Ben and fireworks. 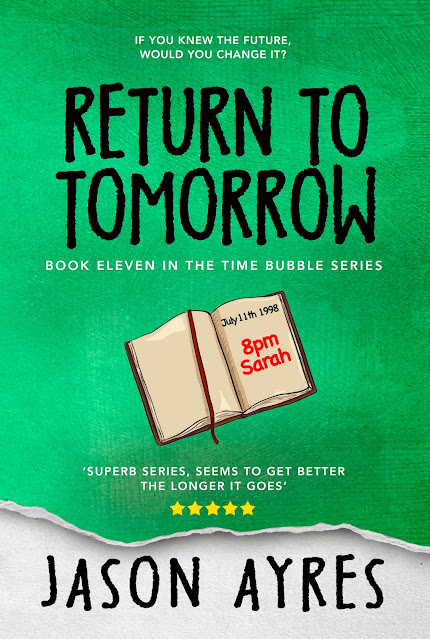 And now, the one you're all waiting for, which will be out next week! This is the sequel to My Tomorrow, Your Yesterday and focuses on Thomas Scott's one, unwavering mission - to make it to Ibiza at a certain time on a certain date to meet his wife for the first time and fulfil his destiny. Needless to say, this isn't as simple as it sounds!