Rarer than an eclipse.

And so it was, that on Saturday evening, the lesser spotted beast of Bicester came to be observed partying like it was 1999 on the dance floor of the White Hart.

Once a familiar sight around the pubs and nightspots not only of Bicester, but of Oxford too, sightings of this once prolific creature have become increasingly rare in recent years. In fact, prior to Saturday night, some had feared it may have even become extinct.

Thankfully  I am alive and well (apart from a bout of man flu) and safely ensconsed here at the HQ of Chapel Street Press, from where I am currently dreaming up my latest time travel masterpiece. In theory, I am currently "between jobs" as actors say, which has freed up some time for a little socialising, both of the alcoholic and non-alcoholic nature

Today I shall be focusing on the alcoholic side of things. It's a sad fact of life that drinking as a career is much like a career in professional sport. Just as you don't see any 45 year olds playing most sports at the top level any more, such is the case with drinking and nights out. It's a young man (or woman's) game, I'm afraid, and it's simply not possible to turn out on a regular basis in the same way that one could at 25. Those of you with long memories will recall that when I was 25 (which was twenty years ago), my performance in the field was legendary. These were the halcyon days of Boycie's stewardship of the Plough, where the drinking fixtures came up thick and fast. We were of the "party every night" mentality then, believing we'd never get old and with incredible powers of recovery

Unfortunately, at some point we did get old, or older anyway. The natural ageing process of the body, combined with lifestyle choices i.e. starting a family, meant that the partying came to an end. It wasn't an overnight thing. Gradually I reduced from going out every night to three or four nights a week, to just the weekends, to Sunday nights and eventually down to almost zero.

But it's not absolute zero. Every now and then I like to come out and play an "exhibition match" in much the same way that those old tennis players like McEnroe and Lendl do, and they can fill an arena in London with fans eager to see them one last time. I normally have to psyche myself up for these big games well in advance, preparing  for several days. On match day itself, negative thoughts along the lines of "Not sure I'm up to this, wouldn't it be easier to just sit on the sofa with a can of diet coke and watch the telly" have to be banished. Likewise, there is also no place for other old man concerns such as "I hope the music's not too loud" or "I hope there's somewhere to sit down."

These nights out probably happen about three or four times a year now. Hence the title of the blog - apparently it is possible for as many as 7 eclipses to occur in a calendar year. In order to enjoy these nights, I need a number of factors to align correctly, like the sun and moon and earth in perfect harmony.


One of the key factors is that the people I am out with tend to be younger than me. That's not ageist, but it certainly helps - they help me forget my years. The night out in question this weekend was for my friend's cousin's 30th birthday. We were out in a group of people all around that age, though some were a lot younger - a teenage guy called Alex joined us for part of the evening. I also bumped into a lot of other people I knew, including a couple of the other mums from school who'd never seen me out in such a capacity before. "I see you in a whole different light now", said one of them.


A fantastic night was had by all. I told a few people I met  how old I was which produced some pleasing responses - they all thought I was in my mid 30's. So, it seems I can still pull off a good performance when I make the effort, though I doubt whether I could manage it every week or even every month. Back home now, with a bad case of man flu, I feel more like mid 50's and not up to ever going out again, but hopefully that will pass.

One final footnote - I discovered something interesting about ducks on the way home. It seems that they are nocturnal and also like chips. As is traditional on such occasions, the evening's final stopping point was Bicester Kebab House where I purchased that old favourite, Doner meat and chips. On the way back, I stopped off at my usual place to enjoy my meal - sitting on the wall overlooking the stream next to the bins in Chapel Street, when lo and behold, a duck flew straight into the river beside me. The ducks often appear around this time of year, but I've never seen them at night before. Anyway this female looked pretty chubby, probably pregnant and was clearly very hungry. So I decided to feed her some of my chips which she greedily devoured. Probably made a nice change from all that stale bread people normally chuck at them. So having done my good deed for nature for the night, I headed off to bed to begin the three day recovery process that such nights out now require.

And now, it's back to hibernation and while I begin the long process of psyching myself up for the next one. Cheers.

Jason Ayres is the author of six books, including his brand new novel, My Tomorrow, Your Yesterday, available here: http://www.amazon.co.uk/gp/product/B00UDHAD0M
Posted by Jason at 11:10 No comments:

My all time Top 10 culinary moments. 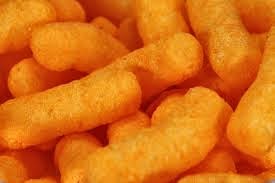 I love Top 10's, don't you? They often have them in the paper - Top 10 this, Top 10 that. So I thought perhaps it was time my blog had a new feature where I share with you some of my favourite moments from my glittering career in...well, whatever it is I do (even I'm not sure).

First off today, a look at some gluttonous highlights from years gone by. These aren't really in any sort of order, or even probably the actual Top 10 as I've probably forgotten loads. These are just ten moments in my life of gorging that made me happy.

1) The day I had a Chunky Kit Kat that was solid chocolate - no wafer at all.

2) A similar experience with a packet of Wotsits - where every Wotsit was made of solid flavouring.

3) The time I discovered ants in my Diet Coke I ordered along with my Olympic Breakfast at a Little Chef on the way back from a meeting at Hall & Woodhouse brewery in Dorset. When the restaurant apologised profusely and gave me the meal on the house, I decided to stop off at the next Little Chef, twenty miles further along the A30 and have another one, so as not to waste my £7.50 lunch allowance from Nielsen. 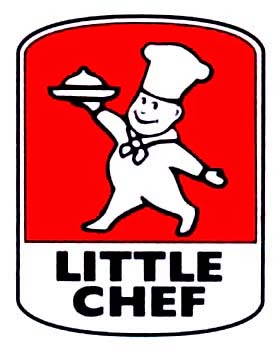 4) The Saturday afternoon one summer when me and my mate Kev cycled over to a country pub for a few pints. Several hours later, the landlord ushered us through to a function room full of plates of ham, beef, salmon and all manner of other delicacies and invited us to get stuck in as it would only go to waste. Apparently it was for a wedding buffet, and the bride had jilted the groom at the altar. Still, his loss was our gain!

5) The carousel vending machine at Nielsen's where the doors didn't line up properly and you could get two sandwiches if you let go of the button in the right place.

6) Asda's 8 items for £1.99 breakfast in the cafe at High Wycombe where I once famously ordered 8 sausages.

7) Coming back from the British Sausage week tasting at Telford with bags and bags of sausages and packs stuffed almost everywhere you could think (no not there) after we'd been given an effective "supermarket sweep" take what you like visit to the cold store.

8) The Sainsbury's multibuy offer that went horribly wrong, when Buy One get One Free became Buy one get both free, resulting in them all coming up as a grand total of £0.00 at the till. Left the store with effectively an entire pig on me, gratis.

9) All you can eat buffet at the AMP Tower in Sydney. More different animals to eat than you could see in a zoo.

10)  The BBQ masterclass and video shoot when I somehow managed to get a Celebrity Chef and film crew round to my house for the afternoon to cater to my every whim.

I'm sure I could go up to 100 if I wanted to, but I'd better stop now. The kebab shop will be closing soon.

Jason Ayres is the author of six books, including his brand new novel, My Tomorrow, Your Yesterday, available here: http://www.amazon.co.uk/gp/product/B00UDHAD0M